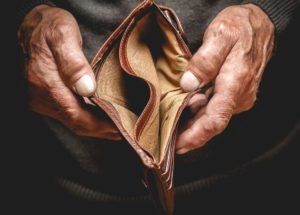 We all know that, sadly, senior citizens are often the targets of elder abuse. A lot of times, this has to do with their personal finances. Many have handed over their entire life’s savings to complete strangers over Moneygram, Green Dot, Western Union or over a wire transfer. For many reasons, perpetrators never get brought to justice. Victims of financial elder abuse are often told there’s nothing law enforcement can do; the thief is out of state, out of the country or otherwise gone with the wind.

Well, here’s a refreshing elder abuse story to end your busy week with.

Paul Greenwood, a DA in California, received an email from an 85-year-old retired Catholic priest. Somewhat reluctantly, he explained how he had been the victim of a million dollar sweepstakes scam. The priest had let his imagination—and heart—get the best of him, as he thought about all the charities he could help. After losing $41,000 to people, a close friend told the priest to contact Paul. Fortunately, Paul is blessed to work with a number of former police offers who are still very hungry to help those in need.

As the transfer went through Wells Fargo, they started there. Paul personally contacted Ron Long, Director of Regulatory Affairs for the bank. Thanks to Mr. Long, within 24 hours, they knew the account the money had been sent to and even had a picture of the account holder, who was from South Carolina.

Of course, the scam artist had used bogus information. Unfortunately for him, the photo they had was valid. There law enforcement colleagues worked with police in SC and after a few weeks, the man was identified. Although the man was out on bail, but nowhere to be found, his investigators drafted an arrest warrant for elder financial exploitation as well as identity theft.

Coincidentally, it was on June 15th, 2014, World Elder Abuse Awareness Day, that the suspect happened to get pulled over, weeks after the warrant had been sent out. This time, he couldn’t post the $250,000 bail and had nowhere to go. Paul was happy to say that their investigators picked up Mr. Earl Roberts. He was brought to court and pled guilty to the crime of felony elder financial abuse. While you always need to be careful, with the right people on your side, you should never have to become a victim of financial elder abuse.

Think forward, live in the moment